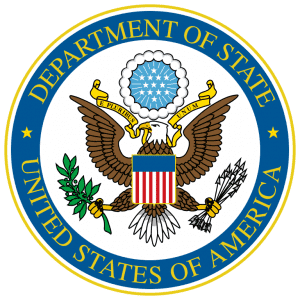 The first competency model was developed in the early 1970’s by the eminent psychologist and Harvard professor Dr. David McClelland and consultants from McBer and Company*. He is best known for his work in the field of motivation and especially his theory of people’s “need for achievement.” Rejecting IQs and personality tests as valuable measures of a person’s potential success at a task or career, he developed innovative ways of measuring psychological characteristics. McClelland recognized competence and motivation to achieve as the characteristics best able to predict success on tasks. The U.S. Department of State was concerned about the selection of junior Foreign Service Information Officers, young diplomats who represent the United States in various countries. The traditional selection criteria, tests of academic aptitude and knowledge, did not predict effectiveness as a foreign service officer and were screening out too many minority candidates.

When asked to develop alternative methods of selection, McClelland and his colleagues decided that they needed to find out what characteristics differentiated outstanding performance in the position. They first identified contrasting samples of outstanding performers and average performers, by using nominations and ratings from bosses, peers, and clients. Next, the research team developed a method called the Behavioral Event Interview, in which interviewees were asked to provide detailed accounts, in short story form, of how they approached several critical work situations, both successful and unsuccessful. The interviewer used a non-leading probing strategy to find out what the interviewee did, said, and thought at key points within each situation. To analyze the data from the interviews, the researchers developed a sophisticated method of content analysis, to identify themes differentiating the outstanding performers from the average performers. The themes were organized into a small set of “competencies,” which the researchers hypothesized were the determinants of superior performance in the job. The competencies included non-obvious ones such as “Speed in Learning Political Networks”; the outstanding officers were able to quickly figure out who could influence key people and what each person’s political interests were.

The Evolution of Competency Modeling – The Methodology

From this initial study, the McBer team developed a methodology that dominated the practice of competency model building for the next 10-15 years. Key insights from the initial study are still highly useful in competency model building today: the focus on outstanding performers, use of behavioral event interviews, and thematic analysis of interview data, and distillation of the results into a small set of competencies described in behaviorally specific terms.

*McClelland provides a description of the study in his introduction to Competence at Work, by Lyle M. Spencer, Jr. and Signe M. Spencer. New York: Wiley, 1993.

The Workitect methodology for model building is based on the McBer methodology.

This material is included in Workitect’s Building Competency Models workshop.

Editor’s Note: This post was originally published in October, 2012 and has been updated for accuracy and comprehensiveness.

Next blog – The Evolution of Competency Modeling – Today and Future

To learn more about our products and services, and how competencies and competency models can help your organization, call 800-870-9490, email info@workitect.com
or use the contact form at  Workitect.