How to break the Competency Curse 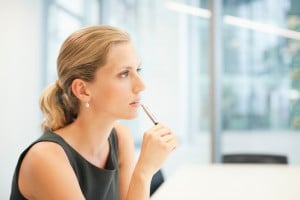 How One Manager Found New Opportunities at Work

When good workers suffer from “the competency curse,” they can end up being pigeonholed into tasks they do well, instead of a track that allows for growth.

At first glance, I thought that the title of an article in the Wall Street Journal was taking a shot at competencies. One of the expected outcomes of job competency modeling is that people are given the opportunity to develop competencies, which in turn provides opportunities for career advancement. So competencies should not be a “curse”. Fortunately, this article does not take that position. It is about a person who is so competent in her current position that the organization feels that it cannot afford to move her to another higher level position. In other words, being too competent can restrict your career opportunities.

In this article, Danielle Blimline faced that problem and took some very interesting steps, including making a “presentation” to her manager, Chris Currier, to convince him to move her to a different and higher level position. She first started by obtaining some advice from a career consultant who helped her develop a solution to her problem.

Danielle planned a conversation with her boss to ask for a chance to contribute more. She developed a 10-slide presentation about her experience and her goals, including a slide about the pros and cons of her “available options”—staying in her current job, moving up to a new position or quitting. “It was a ‘go big or go home’ moment,” she says. But “I was having a hard time” phrasing the message, she says. “How do I tell him this is not working for me?” Her challenge was to rephrase her pitch in a positive way,

Mr. Currier had been impressed by her “unflinchingly positive demeanor” during his first few months working with her, but he had wondered whether she was burning out on the job.

After Danielle launched into her presentation, she saw Mr. Currier suddenly sit up in his chair, his brow furrowed. “He was a little defensive for a second,” she says. She worried that she was making a negative impression. Mr. Currier says he was trying to figure out where Danielle was going with her slide presentation. “These are sensitive topics. We were walking on eggshells,” he says.

Danielle responded by re-emphasizing that her goal was positive. “This meeting is about me. I’m not criticizing you,” she says she told him. “I don’t want to keep recycling” oft-used skills, she explained. “I want to build something better. That’s my sweet spot. That’s what makes me happy.”

Mr. Currier thought “the presentation was extremely well thought-out,” he says, and Danielle’s delivery was “unique, in the ability to articulate in a very succinct manner where she wanted to go,” he says. They agreed that he would look for potential mentors for her in the company. “I had several conversations within the first hour” after the meeting, exploring options, he says.

She was promoted to managing a 10-member team on a large high-profile account. Her new boss praises her “motivation, attitude and commitment,” adding, “she has been an integral part of our success so far.” Danielle calls it “the most ideal job I’ve had. I’m doing something I’ve never done before. I like to be challenged, and figure out how to make things work better.”

To learn more about competencies, competency models, and how an employee can acquire competencies to advance his or her career, click here.

To learn more about our products and services, and how competencies and competency models can help your organization, call 800-870-9490, email edward.cripe@workitect.com
or use the contact form at  Workitect.